The Architecture of Old Quebec 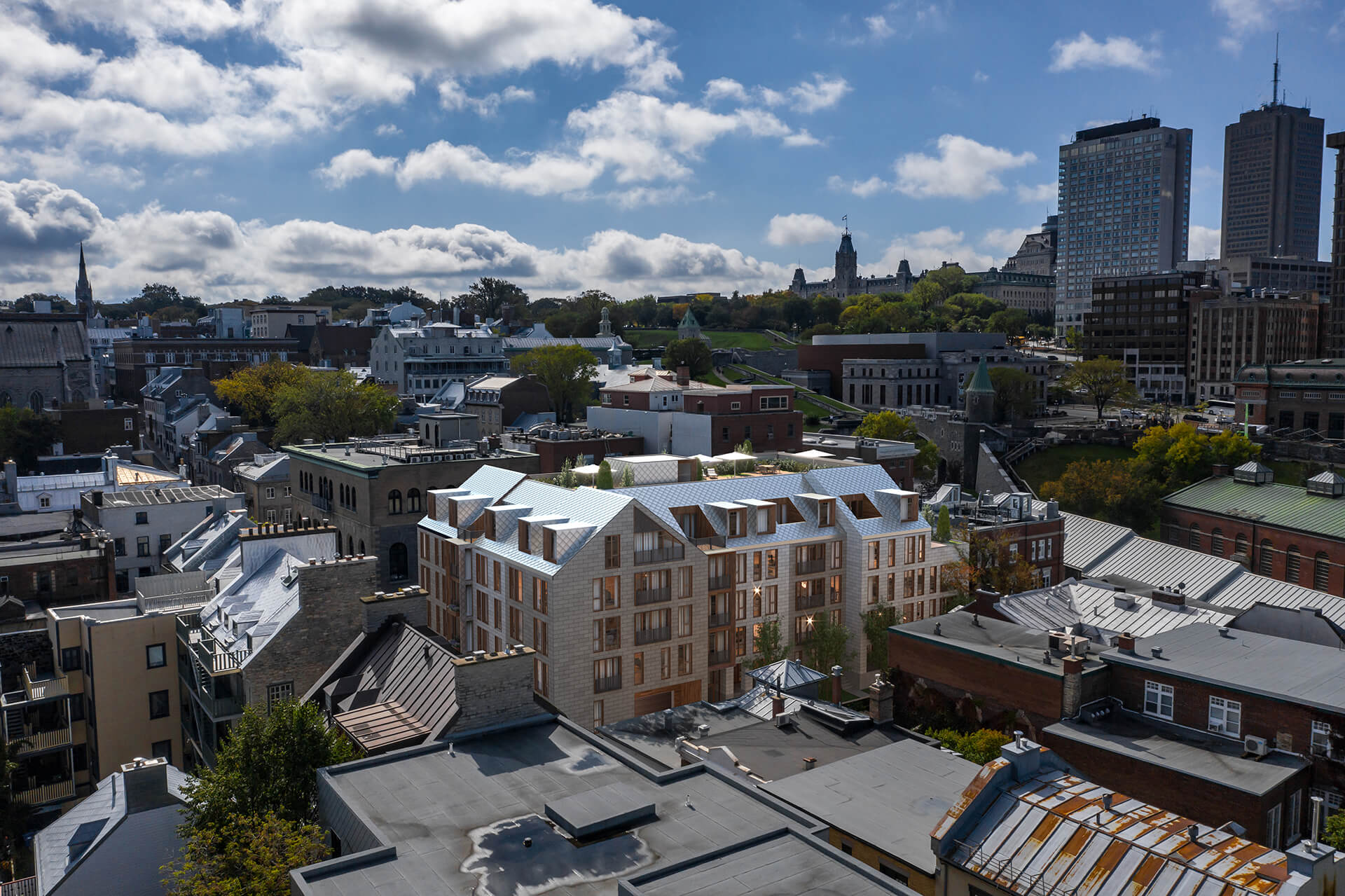 Old Quebec attracts tourists from all over the world as it does the population of Quebec. But what makes it so unique? Notably, its narrow streets that remind us of the old cities of Europe. Also, the architecture and various styles, influenced by the rich history of Quebec City. In fact, the Historic District of Old Quebec has been on UNESCO's World Heritage List since 1985. Here is an overview of this heritage gem!

Until 1760, Quebec City was the capital of New France and French influence can be found throughout Old Quebec. It all began with the construction of the “Habitation” in 1608, a group of buildings by Samuel de Champlain. Then, several religious communities had convents and colleges built according to the French architectural influence, which included the use of plaster on the walls, a pavilion and bell tower at its top. This period was marked by the implementation of French classical architecture, where symmetry dominated, but was adapted to the more modest means of New France. In addition, the first gates were built during the French regime, but most were demolished and rebuilt several times. Some were demolished for good.

One of the first public buildings to be built by the British was Holy Trinity Cathedral in 1804. Its architecture is inspired by the neoclassical style. This style is also found in the construction of terraced houses, which are built in rows. The ornamentation is refined and uniform. Examples of this architectural style can be found on Sainte-Ursule and Sainte-Famille streets.

The Romantic movement raged in the 19th century and Old Quebec was no exception to this trend. It was in 1878 that the Saint-Louis Gate was erected in its present form, and the Château Frontenac in 1892, in the same spirit. The desire to break away from austerity and a rebirth marked this era.

Nowadays, the cohabitation of past and present is still present and efforts are being made to restore old buildings and to enhance and integrate new constructions. It is in this spirit that the Circa Condos team has extensively analyzed the immediate environment as well as the historical and architectural heritage of the neighbourhood. In fact, it was designed taking into account several stakeholders such as Heritage Canada, UNESCO, the borough council, the city, etc. Noble materials are used with a modern spirit, to combine the past and the present. A project that marries modernity and history and that projects itself into the future!

REGISTER FOR OUR VIP LIST AND BE AMONG THE FIRST TO KNOW ABOUT HARMONIA CITÉ NATURE CONDO OFFERS AND PROMOTIONS.